Wondering how you’re supposed to get experience when you need experience to get an internship? Do you want to gain real-world skills while helping your favorite sport? Or are you perhaps even frustrated with aspects of NCTTA and want to change things?

Apply to our one of summer intern roles! We are offering internships in technology, media, marketing, and grassroots.

Applications due May 15th. We welcome all experience levels!

For more information about the internship roles or program in general, contact our internship coordinator Jenna Kiyasu at jenna.kiyasu@nctta.org.

As a past intern, the experience Jenna gained helped land her a full time software engineering role at DoorDash in San Francisco. To learn more about Jenna’s NCTTA internship experience, check out her medium post here: https://jkiyasu.medium.com/three-things-i-learned-from-my-internship-at-....

Check out the official World Table Tennis Day video from NCTTA (Thanks to Andy Nguyen for the creation!)
https://www.youtube.com/watch?v=y3N-RFEiQ4o

Also from Boston University and UC Berkeley teaming up to create this:
https://www.youtube.com/watch?v=dFo8Th0FoVo

And from one of our own NCTTA writers, Michael Reff, his wise, witty word creation on Table Tennis:

Table Tennis
Agility
Beauty
Speed
Calling one, calling all with any ability
We'd like to invite you to a sport of agility
Of speed and reflexes, it's known as table tennis
Played by all sexes, and children too can be a menace

Jump out of the garage, the kitchen, and basement.
And realize the gym is the worthy replacement.
With a variety of bats, rubber, and sponges
Combined make a lethan action of loops and pushing lunges.

The styles are infinite: lob, defense, attack,
The name calling's an art form, usually ending in "old hack."
But, when the day is over, and the workouts are through,
You can say to yourself after almost turning blue

That Table Tennis is real, and a worthy endurance feat
Of strength of legs, core, and rhythmic reaction beat.

Thanks to everyone NCTTA/USATT members, players, alumni, volunteers, staff that showed up to support, ask questions and further understand the current situation with NCTTA and USATT. We are lucky to be at the negotiating table because of you! Thank you!!!

As promised the NCTTA Slides as well as the attached emails are here:

The National Collegiate Table Tennis Association (NCTTA) is a non-profit organization dedicated to the promotion of College Table Tennis. NCTTA's core belief is to support and promote table tennis through service and volunteerism.

NCTTA has always believed that a good relationship with USATT, our sport’s National Governing Body (NGB), is paramount.  In 2008 NCTTA got a chance to strengthen the relationship with USATT by being placed on a new board. New bylaws allowed for NCTTA to apply formally to be a National Organization Representative.  Our request was granted by USOPC’s Chris Vadala (known as 'USOC' at that time) and approved by the USATT Nominating and Governance committee.

This relationship didn’t happen overnight. There have been thousands of people involved since the 1990’s in nurturing and growing this relationship with USA Table Tennis.

In 2020, the relationship between NCTTA and USATT hit some bumps. Communication was strained.  At first, we thought that there were no targeted efforts against us. Problem was, certain things started to happen.

First, NCTTA was removed from the USATT website as a "partner"  (click here to see the website as it was in early 2020, and now click here to see the website in its current form). Why?  We actively promoted our USATT club membership to our college table tennis clubs via a USATT website that is now erased (click here for how it was and click here to see that the link does not exist anymore. We received no explanation other than there was a website update. We interpret NCTTA’s erasure from USATT’s website to be the start of the end of what was once a productive and mutually beneficial relationship.

Second, there was a USOPC media intern at the same time who was also an NCTTA media person. They were let go (terminated) in May because of their affiliation with NCTTA. This was verified by former USATT staff.  This intern was an unnecessary victim caught in USATT’s hostility toward NCTTA that is now becoming increasingly apparent.

Moreover, an interview from USATT’s Mark Thompson with NCTTA President Willy Leparulo, was recorded for their video segment known as “Pong Positive”. USATT CEO, Virginia Sung contacted Leparulo and said, “Willy, We would like to do an interview with you, and to share your experience during this uncertain time and how that has impacted NCTTA’s events, and what kind of suggestions you have for us to build strength within our table tennis community collectively.” Though recorded and presumably ready-to-go, it was cut from publication at the last minute for unremarked reasons.

As the summer continued,  NCTTA was stonewalled by USATT’s legal counsel (forbidden to speak to anyone in USATT directly), and consistently ignored by five new board members. Somehow, despite the lack of communication (or any effort at communication), there was a “determination” made by the USATT (in a meeting no one knew about) to strip NCTTA of its National Organization Director, which, as noted previously, was awarded legitimately in 2007/2008. In addition, there were no official meeting minutes documenting any discussion about the “determination”, nor any notice of the meeting as required by USATT bylaws.

USATT therefore removed NCTTA from its board in violation of its own rules, which one might say was an innocent mistake made by new members - however, given the escalating maliciousness USATT displayed as 2020 unfolded, any reasonable person would find this difficult to believe.

Now, there is a motion on the floor made by the USA Table Tennis Board of Directors that removes the chance of the National Organization member position from being filled without it being a bylaw controversy while the remainder of our relationship lies in broken pieces.

After 8 months of attempts at mediation from our end, we decided to stand up for ourselves. Yes, NCTTA put in a grievance against the USA Table Tennis last September (2020), hoping that they would stop bullying our organization and to ultimately salvage the relationship between USATT and NCTTA. Rather than responding to the grievance for what it was, this motion appears to be their response.

This bylaw proposed by the USA Table Tennis Board of Directors removes NCTTA from a position that was awarded legitimately - this time by eliminating the position. NCTTA has been silent about this for almost a year out of respect for what we thought was a relationship that could be saved. Perhaps we were too naive.

The strategy by USATT here is nakedly obvious:

This motion says ultimately that we, passionate volunteers, “don’t matter”.

To everyone reading this including the board of directors at USA Table Tennis, ask why they are investing all of this effort to remove a small organization filled with USATT members - members who volunteer their time for the benefit of college table tennis and the general table tennis community!  Ask why it is in USATT’s best interest to divide the sport and create a problem where none previously existed.

We have, in NCTTA, a tradition of service and volunteerism to our sport: NCTTA is an integral and passionate part of the USATT landscape and pipeline.

To push us out destroys and divides the community, and creates ill will where it is completely unnecessary and distracting from our broader shared mission of promoting our sport.

We want to continue to grow the sport, not just collegiately, but to the broader public - as we have been for the past 13 years in true partnership with USATT.

In their words: "The USATT Board of Directors seeks member comment on proposed amendments to the Bylaws" - and is due Feb 17th.
We hope you will lend us your support.

Yours Sincerely,
NCTTA Board of Directors

So we challenged our NCTTA poetry master, Mike Reff to rhyme Pongcast and Nittaku thinking it would be impossible....how wrong were we lol

I know sometimes I can be a verbal bombast,
But I’ve been challenged to rhyme something with pongcast.
With the voice of table tennis, and sponsored by Nittaku,
NCTTA Alum Adam Bobrow rocks the mic through.
Touching on subjects like world rankings and future competitions,
2021’s looking brighter with WTT’s broader vision.
Another newsworthy moment is the group of foreign players,
That ponged in China’s Super League and provided further diplomatic layers.
One such player, NCTTA’s very own alum Lily Zhang,
Three-time Olympian star and collegiate, the very essence of passion for pong.
Channeling the Berkeley Bears and her own team USA,
She uttered out another cry for the Super League “Go Team Koala!” all the way!

The NCTTA is evaluating all options for a potential summer off-season competition, and is eagerly awaiting the beginning of our 2021-22 season. More announcements will follow shortly. The NCTTA wants to thank all of our sponsors, volunteers and athletes for their support. We are excited and remain optimistic for the 2021-22 season. Please reach out to info@nctta.org if you have any questions.

Thank you again for all of your ongoing support and understanding through these challenging times. We hear you and are very encouraged by your affirmation of our past decisions to put safety first - as we look on to make the present ones.

-NCTTA Board of Directors

COVID-19 has shut down our normal way of life and if you find yourself on Amazon "perusing" as we all do we hope you think about NCTTA!

Most Everyone uses Amazon and if you wouldn't mind signing up with "Smile Amazon" a portion of whatever you spend goes to NCTTA. It is Amazon for not-for-profits like NCTTA!

If you don't use Amazon, you may simply consider donating by clicking here 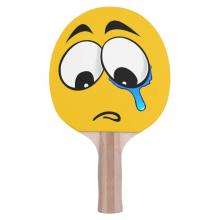 For all in Table Tennis struggling with not being able to play/train/compete because of COVID...this is for you!

We know you're hurting
You all are yearning
To play our favorite sport again,
And though you're ready,
Fall semester's not steady,
Unfortunately, till Spring we wait then.
So what are you doing?
Spare time is accruing,
And though it is hard to get in those ponging hours.
Through practice and fitness,
Recruiting hype vids, we'll beat this,
Make lemonade from those lemons so sour.

These are unprecedented times that we are currently living in. The Pandemic has proved that we must make difficult decisions and this is one of them. On behalf of the NCTTA Board of Directors, we are suspending the Fall 2020 semester of sanctioned NCTTA play. There will be no division tournaments in NCTTA for the Fall 2020 semester.

We consulted with legal counsel, medical staff for advice, and insurance carriers prior to making our decision. It is in the best interest and safety of all of our athletes, coaches, and staff that we suspend our Fall 2020 season. No decision has been made for the Spring 2021 Division, Regional, and National Championships as of yet. We are, of course, hopeful to continue the season then. The 2021 iSET College Table Tennis Championships is set to be at Round Rock, Texas April 8-10th weekend (see picture of a past year in Round Rock). We truly hope for the best moving forward.

NCTTA will hold monthly "town halls" for coaches and club contacts during the Fall semester to catch up with those who want more information or have questions.

Thanks for your understanding and support

Willy Leparulo
NCTTA Board of Directors