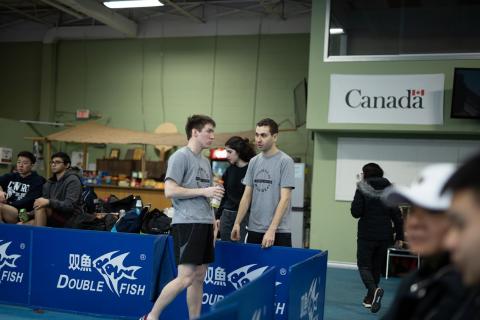 This year’s tournament was hosted by MyTTC Club in Mississauga and featured 10 Men’s/Coed Teams and 4 Women’s teams and a number of Men’s and Women’s singles to tote. Top schools in the Men’s/Coed competition were 3 out of 4 from Canada (University of Toronto, McGill and Western University) with Cornell University from Upstate NY holding up the US side. Canadian college table tennis is extremely strong. Toronto is led by Xuebo Li, Canadian Junior Table Tennis phenom. Universite du Montreal and University of Waterloo make up the other Canadian schools in the competition.The Women’s team competition featured much of the same Canadian super play with Western University besting University of Toronto.

Generally Canadian schools have final exams around the NCTTA Championships, but if they can make it down this year, look for them to produce some quick looks and surprises.